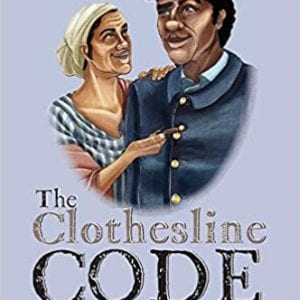 Buy this book at Bookshop, Amazon.com, Barnes & Noble,Brandylane Publishers, and other booksellers

Congratulations to Janet Halfmann and Trisha Mason! CLOTHESLINE CODE has been awarded honors in the 2022 Storytelling World Resource Awards!

… Returning to original review… I  was among others who endorsed author Janet Halfmann’s “hidden history”, THE CLOTHESLINE CODE: The Story of CIVIL WAR SPIES LUCY WALKER and DABNEY WALKER. before its release. Illustrations by Trisha Mason bring Janet’s heart-pounding story to life and augment understanding of the historical setting and circumstances, making it  suited for ages 6-11, but for adult readers, too. Here’s my early endorsement:

“Be prepared for page after page of surprises in this accurate and dramatically written and illustrated profile of Civil War heroes Lucy Ann and Dabney Walker. This is an impressive account of the brilliance, bravery, and boldness of a married couple who escaped enslavement to become spies for Union forces. They were praised while alive but have been overlooked by history—until NOW!”

And here are more details to tide readers over until it releases on February 1, 2021:

Lucy and Dabny are two of the uncounted Black people who risked their lives to fight for and otherwise serve the Union forces during the Civil War. Black men who served in uniform for the North were nearly always segregated into all-Black units and assigned a white leader. In this portrait of heroes we learn that Dabny was assigned to a brand-new intelligence unit, accompanied by his wife. The Walkers were both bright and innovative. Careful observations, questioning, and determination inspired the couple to develop a complex way to adapt the army’s established flag-signal system into a secret clothesline code. If it worked, and if they could remain undiscovered, they could provide information about plans and troop movements from behind Confederate lines.

When they were fully confident in their code, they planned for Lucy to hang laundry in specific colors and positions from the enemy encampment. Dabny and Lucy recognized the risk, from being returned to enslavement or execution. Despite the dangers, both pushed ahead to contribute to the success of the Union Army and help to end both the Civil War and centuries of slavery.

The Walkers had already risked everything in escaping from their own enslavement, yet they continued to serve the wider community, the military, and the nation in which they were finally able to live freely. During their lives and for a few years after, their heroism and contributions were well known in the Washington area where they made their home after the war. Even so, history managed to ignore them for more than a century and half. It’s to the credit of Halfmann, Mason, and Brandylane Publishers that they are finally reaching a wider public.

This publication offers all the advantages of a fully illustrated picture book with images that amplify and enrich a well-told narrative. The word count is more than typical, but every word carries its weight. That includes the supplementary text throughout, from the dedication to introduction to author notes to resource references and quotation sources.

Halfmann has demonstrated a deft touch and craft in digging out the bones of stories from history, people and facts that were long-buried from the population as a whole. She identifies intrepid individuals who have championed and sustained these noble stories, often using primary sources. Then, like constructing a quilt, she transforms neglected and ragged scraps into a work of art that inspires and comforts without distorting the factual content. She showcases real lives and relationships. Janet is not Black, but she has a proven track record of pursuing authentic stories, accessing legitimate voices, and seeking the most reliable “own voices” to consult and provide corrections or validation as her works are developed.

Halfmann’s prior successes in this arena are shining spotlights on rarely reecognized heroes and s/heroes, opening the way for others to explore and share even further. Check out The Story of Civil War Hero ROBERT SMALLS (in picture book and chapter book formats) and multi-award-winning picture book, MIDNIGHT TEACHER: Lilly Ann Granderson and Her Secret School.

These, along with the Walker’s story, present colorful and dramatic content that invite screen adaptations. Until that happens, inspire yourself to make the most of your own lives by reading Halfmann’s titles, including THE CLOTHESLINE CODE: The Story of CIVIL WAR SPIES LUCY ANN and DABNEY WALKER. 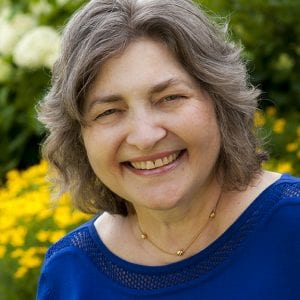 Recent titles by Janet include The Clothesline Code: The Story of Civil War Spies Lucy Ann and Dabney Walker; A Bobby-Dazzler of a Pouch!; The Story of Civil War Hero Robert Smalls (Chapter Book for Grades 3-7); Midnight Teacher: Lilly Ann Granderson and Her Secret School; Grandma Is a Slowpoke; Animal Teachers; Eggs 1, 2, 3: Who Will the Babies Be?; Home in the Cave; Star of the Sea; Good Night, Little Sea Otter; Fur and Feathers; Little Skink’s Tail; and Seven Miles to Freedom: The Robert Smalls Story. Janet has written more than forty fiction and nonfiction books for children

Before becoming a children’s author, Janet was a daily newspaper reporter, children’s magazine editor, and a creator of coloring and activity books for Golden Books. She is the mother of four and the grandmother of six. When Janet isn’t writing, she enjoys gardening, exploring nature, visiting living history museums, and spending time with her family. She grew up on a farm in  Michigan and now lives in South Milwaukee, WI.

The book is releasing from Brandylane Publishers and the illustrator is Trisha Mason. The book is distributed by Ingram. It is available from bookstores and online booksellers. You can find more info about the book on my website: https://www.janethalfmannauthor.com/the-clothesline-code