When storms send you running for cover, look up. Find a story in the storm to calm your fears. You just might help someone you love.

IS IT OVER? celebrates the power of love and storytelling to overcome fear. A prowling, growling thunderstorm sends Risa running to Daddy, begging him to make it stop. When the storm worsens, Risa asks for a story, but Daddy’s time as a soldier changed his childhood view of storms. Inspired by her stuffed toy elephant, Ivan, Risa summons the courage to find her own story in the storm, one that helps them both.

Read what others think on GOODREADS 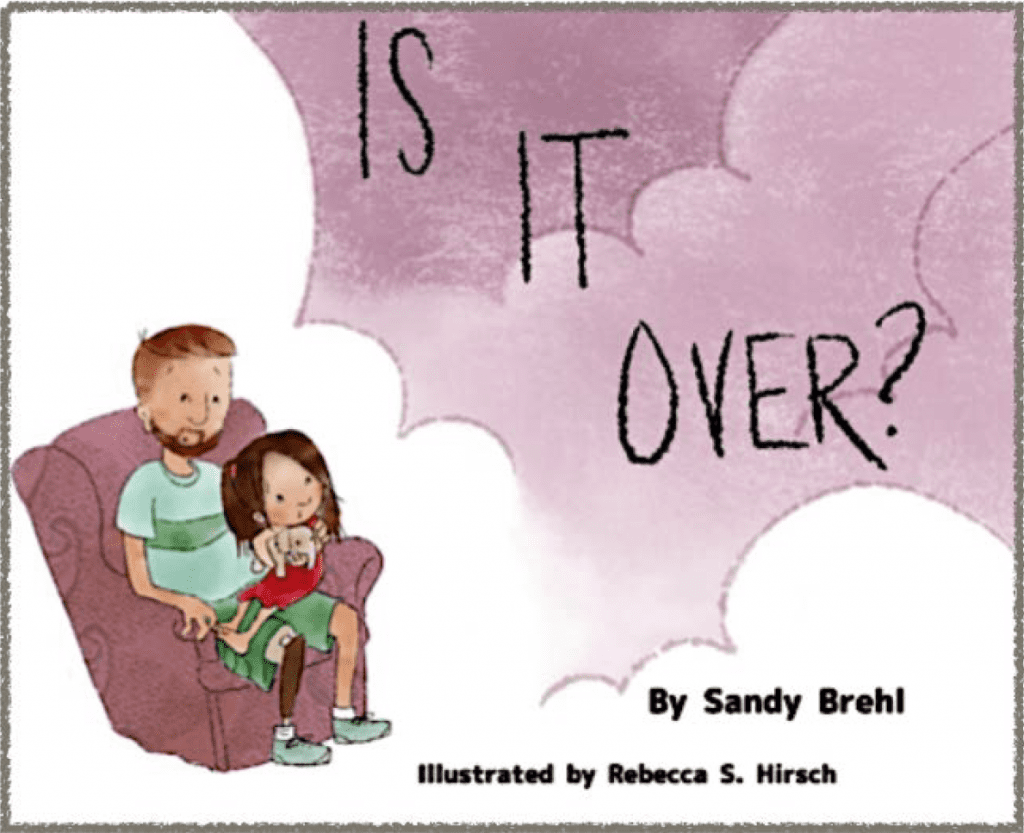 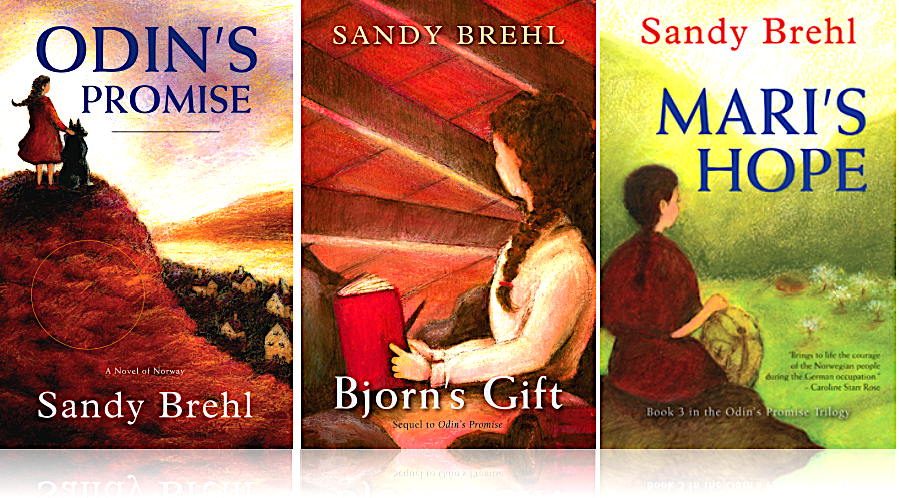 The series is ideal for dog lovers, for Norwegian Americans and other European-Americans whose ancestors were involved in resistance movements in World War II.

A Novel of Norway - Book One of WWII Trilogy

When Hitler’s troops invade Norway in April 1940, eleven-year-old Mari is forced to grow beyond her “little girl” nickname to deal with harsh new realities in her small village. At her side is Odin, her faithful Norwegian elkhound. Mari, her family, and her neighbors are soon drawn into the underground resistance movement, as young and old find ways to oppose the occupying forces and show their love for their native land.

“It is spring of 1940, and 11-year-old Mari should be celebrating the long summer days that have finally reached her rural Norwegian village. Instead, she and her family are trying to cope with the recent occupation by Nazi soldiers…Brehl offers a seldom-seen slice of daily life during WWII in this compelling tale of growing up. Strength of family, community, and cultural heritage are prominent themes, and the author does a commendable job illustrating the complex motivations of people on both sides of the war… Recommended for historical-fiction fans and animal lovers alike.” – ALA Booklist

“Mari, a Norwegian girl, is forced to grow up fast when Nazi soldiers occupy her village in 1940. Readers will cheer for Mari as she discovers her inner strength – and the courage to help celebrate Norway’s spirit of resistance.” –Kathleen Ernst, author of the Caroline Abbott series from American Girl

“Not since Marie McSwigan’s Snow Treasure have I read such a book about the heroic roles children played in the resistance movement in Norway during WWII.” —Carole Estby Dagg, author of The Year We Were Famous 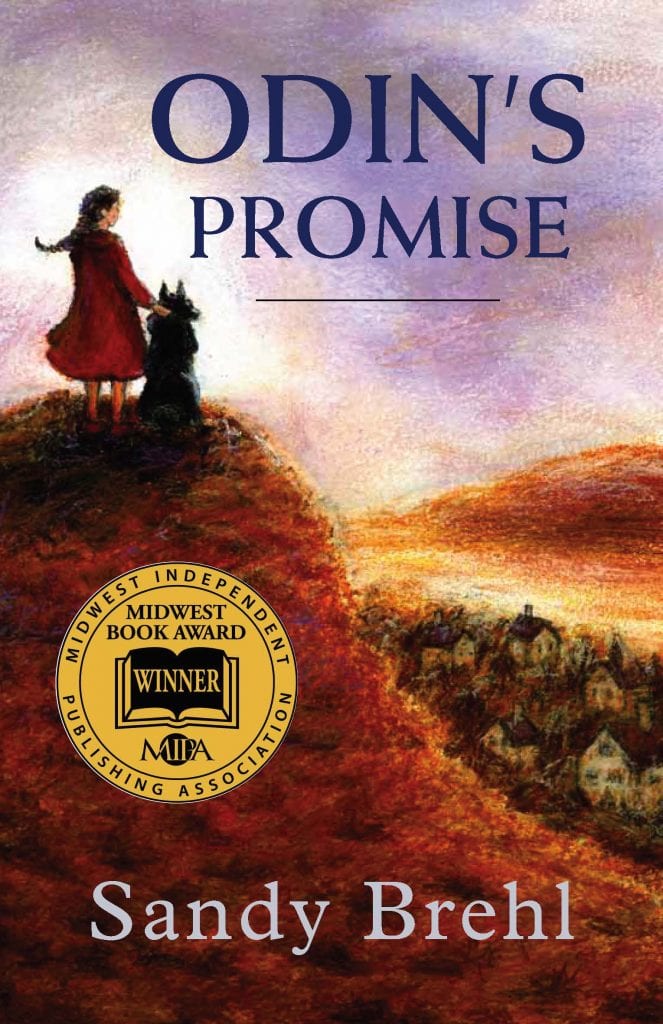 In Bjorn’s Gift, young teen Mari faces growing hardships and dangers in her small village during the second and third years of German occupation. German troops and local Nazi supporters move into her family’s daily life, and her classmate Leif becomes active in the Norwegian Nazi youth party.

Mari struggles to live up to her brother Bjorn’s faith in her as she becomes more involved in risky resistance activities, trusting only her family and a few close friends.

Oppressive laws are imposed from Fall 1941 to early 1943, with dire local consequences. Difficult decisions force Mari to admit that many things in life are not easily sorted into good or bad, and she wonders if Hitler will ever be defeated.

“In Bjorn’s Gift, Mari’s small town is occupied by German soldiers, her community divided. Though Mari and her family present an obedient facade, their work with the resistance grows more complicated and more dangerous with each passing day. An exciting read, and a detailed look at Norway’s occupation through the eyes of a young, brave girl.” —Angela Cerrito, author of The Safest Lie

“Brings to life the courage of the Norwegian people during the German occupation. Author Sandy Brehl doesn’t shy away from showing the complex ways individuals respond to hardship and beautifully expresses the strength and hope family provides in the midst of difficulty.” – Caroline Starr Rose, author of Blue Birds and May B. 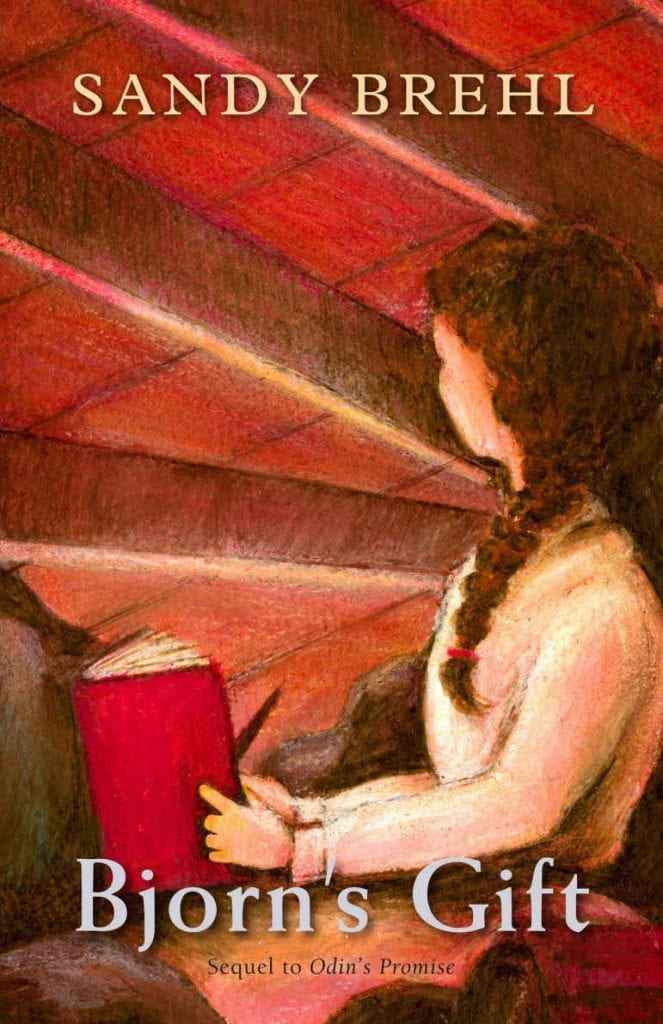 In Mari’s Hope, set in a small village in occupied western Norway in the final years of World War II, young Mari has become a valued helper to the village doctor. She also plays a role in her family’s efforts in the local resistance, despite ever-present dangers, especially from the snooping soldier called Goatman and from Leif, her one-time school friend, turned German collaborator.

“Mari’s Hope transports readers to the cold landscape of wartime Norway, as a brave young heroine faces the cruel reality of oppression to join the resistance and do whatever it takes it save her family and her country.” —Michelle Houts, author of Winterfrost

“Mari’s Hope illuminates an important slice of history through a gripping story featuring an intrepid character.” –Ellen Schwartz, author of Heart of a Champion

“In Mari’s Hope, the third book of a trilogy, author Sandy Brehl has deftly managed to add mystery and suspense into a story whose historical conclusion we all know… This novel, with its well written prose and suspenseful plot will keep lovers of historical fiction—of all ages—glued to the page.” –Stephanie Lowden, author of Jingo Fever

“…In Mari’s Hope, …scenes with the evil German soldier, Goatman, show the cruelty of this time in history while memories of Mari’s beloved dog and the strength of community, family and friends show the tenderness. Sandy Brehl has a knack for educating through telling a compelling story. Mari’s Hope, the last in a trilogy, could also stand alone and would make a great classroom discussion book.” –Amy Laundrie, author of Kayla Montgomery Series. 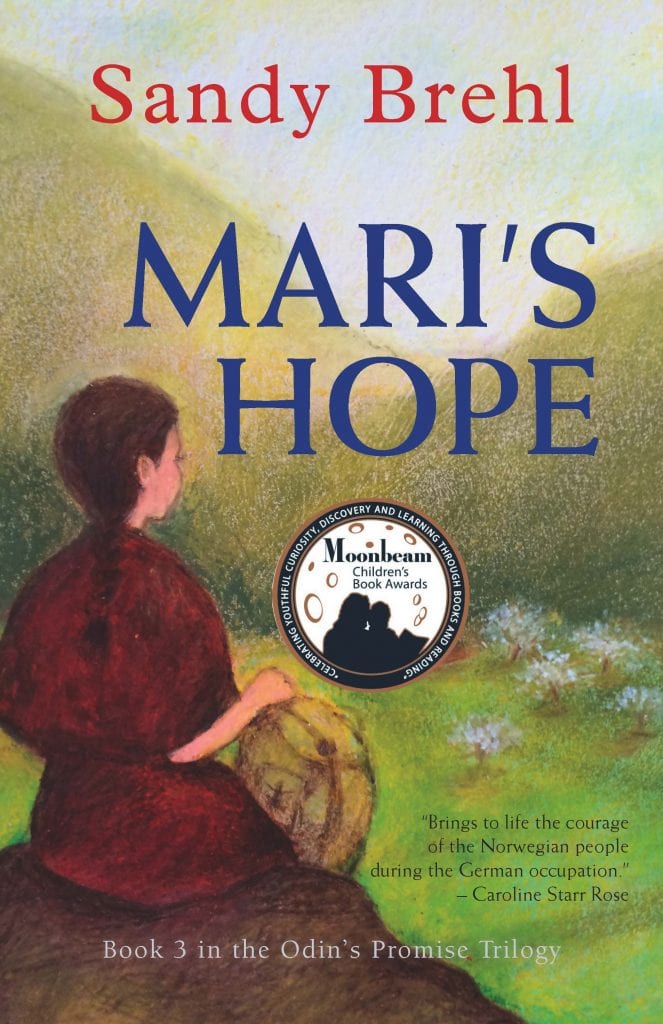