I’ve read and enjoyed all of the Bible-based fictional novels by my friend, author Barbara M. Britton. Notice that I’ve categorized this review of her latest release under THE WRTING LIFE as well as reviews. That’s because, while reading her earlier titles and this latest one, I’ve noticed something about her writing that I admire. It’s something I attempt to do when writing historical stories of my own.

I am not deeply rooted in, or familiar with, the specifics of individual Old Testament stories, especially those featuring secondary characters. Even so, I learn so much about the nuance of the time, place, and culture of each Biblical era Britton incorporates when writing her fictional stories. It is the richness of those details, though, that bring her characters to life, that anchor their dramatic stories and intense relationships in a world that would otherwise be unfamiliar, but one in which I feel at home.

These stories will certainly drive some readers back to intense reading of the Bible, since Barbara provides back matter to indicate the inspiration for each of her novels and characters.  Some readers will be more like me. I  find the rich details enhance my engagement without feeling a push to pursue further source reading. There’s a fine talent in producing that balance between these two types of readers– providing enough to make a full and authentic experience as a free-standing novel, while lacing enough intriguing elements to  enthrall other readers, urging them to dig deeper through related readings.

I believe you will enjoy reading this first of this trilogy, and you can learn quite a bit about weaving research and imagination in effective writing.

Author of TRIBES OF ISRAEL series 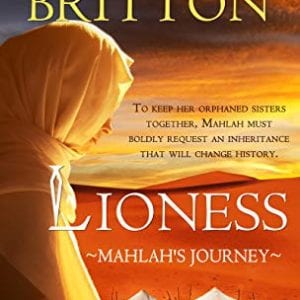 This first of three titles in a new series is focused on Mahlah, the oldest of five suddenly orphaned daughters. Still a teen, she is dedicated, first-and-always, to God, but then to her family and their right to claim a plot of land despite being all females. The novel opens at the conclusion of forty long years of survival in the desert, a righteous people poised to begin their assault on the walls of Jericho. She relies on their Moses-validated claim to her family’s inherited right to a land share. She is well aware that this requires her to challenge the deep-rooted Jewish gender-based culture that denied female independence or property ownership.

I have a general Old Testament background, but nothing that would win a trivia contest. That (or less) is as much as any reader will need to plunge deeply into Mahlah’s story, to identify with her situation, and to cheer for her from the opening pages. Within the first chapters, readers will experience the immeasurable exhaustion of people who have been abiding in a desert for forty years, sustained by manna and quail, but deflated and even infuriated by the seemingly endless generational waiting for a prophecy to be fulfilled.

Britton has an impressive ability to weave Biblical references, like worshipping pagan idols, into a story that feels nearly contemporary in its urgency and relevance. Those who are entrenched in Biblical reading will find plenty of familiar details, but even without that Mahlah and Britton’s other characters soar. The plot and setting are structured seamlessly and with such sensory and descriptive world-building that the characters move through challenges, develop relationships, and confront complex obstacles as if their lives are unfolding in a movie. Britton’s dialogue and narrative language keep readers rooted in this vivid time and place while unveiling the timelessness of romance, temptations, politics, financial stress, and family love.

The word feminist is never used, of course, and it shouldn’t be. For some reason “feminist” still does not seem to be well-understood even in modern times, and it certainly would not suit this carefully researched and constructed fictional world. Instead, Mahlah’s journey requires her to be a Lioness on behalf of herself, her family, and their independence.

And she is. The struggle to assure her family’s future is less a battle of feminism than it is a struggle for JUSTICE. Mahlah demands that promises be kept and that EACH AND EVERY life be recognized as valuable. In the process, a story is told that will keep readers turning pages and holding their breath throughout her journey.

Mahlah is clearly the star of this novel, but her younger sisters are allowed to share the stage and scenes enough to know that they, too, can take leading roles in the upcoming titles.  Groundwork is well laid for each to move with their tribes into the next stages of Bible history as a background to future compelling and relevant developments in their individual and family lives.

Britton’s novels are categorized as “Bible-based fiction”. Labels can be double-edged swords, identifiers that may attract attention or discourage browsers. I know that labels serve useful purposes for marketing, as shortcuts to communicate, even for shelving for sale at physical or digital bookstores. For those, like me, who might not turn to this category without urging, consider this a serious urge to give this (and Britton’s other novels) a try. I’m confident that her storytelling and writing will leave you recommending her books as firmly as I do. 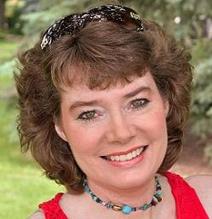 Did I always want to be a writer? I read books as a child for school and pleasure, but didn’t see myself becoming an author. Many years later while writing curriculum for elementary school chapels, I hit a mental block and prayed, “Lord, hit me with some creativity.” I composed all my lesson plans, but when I finished, I had a prompting to write more. Nine books, and twelve years later, my Biblical Romantic Adventures are being shared with readers. Not all my stories are set in Scripture–I’m an equal opportunity adventure writer—but after years of bringing Bible stories to life for kindergarten through fifth graders, I thought why not write what I teach.

So, sit back, open my books, and hang on for fiction based in truth.